KeepKey is the luxury hardware wallet. Undoubtedly the best I’ve encountered so far.

The thing about KeepKey is that it’s remarkably easy to use. Most hardware wallets are uncomfortable to operate, but KeepKey has risen above their competitors to focus on user experience. To me, KeepKey has found an innovative way to enhance UX, without compromising security.

With its Anodized Aluminium Case and Polycarbonate screen, it is clear from the get go that you’re dealing with a product of superior design. Yes, the KeepKey is bulky; yes, it’s expensive. But, for me, carrying my wallet around isn’t a priority because I barely use it anywhere outside of my home and the big screen is really nice, compared to Ledger and TREZOR’s screens that make it incredibly tedious to double-check that I’m sending to the right addresses. In fact, KeepKey said it themselves, “We designed KeepKey to have a large display because we felt it critical that transaction details be clear and legible. A small display that is difficult to read discourages users from carefully reviewing each detail in a transaction.”

The setup for KeepKey is remarkably simple, you initialize and set your PIN, write down your 12-word recovery phrase and setup the Chrome extention. KeepKey have online demos that walk you through the process and no matter how new you are to the game, it’s very easy to get into the swing-of-things. Transactions are a breeze and exchanging your digital assets is an additional feature that can be conducted through the ShapeShift platform, which is essentially the same process as a regular transaction, but conducted directly within the device itself. 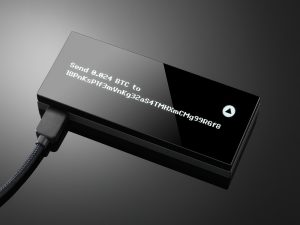 Security wise, KeepKey use the STM32F205RGT6 MCU from STMicroelectronics, and it has received certifications in FIPS PUB 140-2, and FIPS PUB 180-2. The device requires a PINentry when booted (in randomized positions to prevent tracking)  and will also limit the PIN entry attempts, increasing the delay required between attempts on each failed PIN entry. It uses open source firmware and is shipped with a tamper-proof seal and, if you are inclined to, you can run custom firmware. However, KeepKey is built using Trezor source code, which has a great reputation as highly secure software with several protocols in place to ensure the safety of the device. It can be recovered with any software running BIP 44.

The security is certainly good based on industry standard and, despite issues surrounding the Bitcoin Cash hard-fork where KeepKey users became dissatisfied with Bitcoin transaction times and cash lost in transit, there haven’t been any cases of backdoor theft. 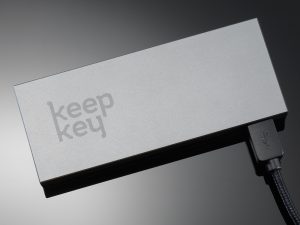 Beyond this, I’ve only heard great things about KeepKey’s customer service, which has a very good reputation and, although I’m yet to experience it. What I will say is that, for the additional cost of owning a KeepKey, I find the UX and the security to be top notch and worth the larger investment.

The Ledger Nano S is one of the most popular devices on the market, but I think it’s incredibly overrated. So let me tell you why you should save your money. So Ledger sold over a million units last year and, for it’s price and simplistic design, has received a lot of praise. The Ledger […]

Today I want to take a look at the TREZOR hardware wallet and why it’s the right device for any hodler, and why it might not be… TREZOR’s first hardware wallet was launched in August 2014, back in the days when Bitcoin was worth roughly $270. To me, this is critical for two reasons: User […]